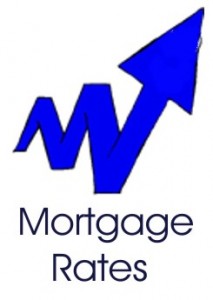 I saw this press release in Florida Realtors magazine and thought the information would be helpful for folks considering Destin Real Estate For Sale.  Take a look and let me know what you think.

COLLEGE STATION, Texas – Feb. 1, 2010 – According to Dr. Mark Dotzour, chief economist for the Real Estate Center at Texas A&M University, mortgage interest rates are low right now but don’t expect that to last. When the government quits buying mortgage-backed securities, rates will head up and away.

Dotzour says that mortgage rates were low at the end of 2009 because “the global consensus among bondholders appeared to be that inflation will remain low in the United States for an extended period. This caused the ten-year U.S. Treasury rate to fall to between 3.2 and 3.6 percent for much of the second half of 2009.”

With extraordinary levels of federal deficit spending, Dotzour says it is unlikely that the low-inflation scenario will be popular when the economy starts to rebound. Consumers should expect mortgage rates to rise when signs of improvement appear.

A second factor contributing to the low mortgage rates is the Federal Reserve Bank’s unprecedented purchase of nearly all the mortgage-backed securities issued by Fannie Mae and Freddie Mac in 2009, he adds. Totaling more than $1 trillion for the year, this program has been extended through the end of March 2010.

“The Fed has never done this before in its history,” says Dotzour. “They are doing this to stimulate the economy by keeping mortgage rates as low as possible. When the Fed stops buying these securities from Fannie and Freddie, mortgage rates are likely to increase, and possibly quite abruptly.”

How far will rates go up when the Fed terminates its buying program? Dotzour says that question is difficult to answer precisely because this has never been done before; but many experts think that rates could move up one-half to 1 percent.

“The combination of extraordinarily low mortgage rates and current price levels are making homes extremely affordable to American families. In fact, national and Texas housing affordability indices indicate that homes are more affordable than ever. But this will not last. When the economy recovers and the Fed stops purchasing mortgages, rates will rise.”

To read more on the subject, see Dotzour’s article “Rate Expectations” in the January 2010 issue of Tierra Grande magazine at http://recenter.tamu.edu/tgrande/. 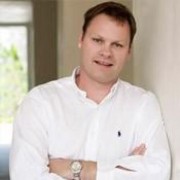 John Moran is the Team Leader for the award winning Keller Williams Realty's At The Beach Team. Specializing in investment properties, beach condos, second homes and residential land.his team has ranked in the top 1.5% for combined residential sales since 2007. in 2013 the At The Beach Team ranked #1 for condo sold in the MLS. For more information about Destin Area real estate simply call or text John Moran at 850-217-7618.

Visit these other Real Estate Sites

More Posts from this Category

At The Beach Team